Create CO2-neutral and self-sufficient communities with energetic neighborhood management, in which the diverse energy systems are networked. What matters is intelligent software. 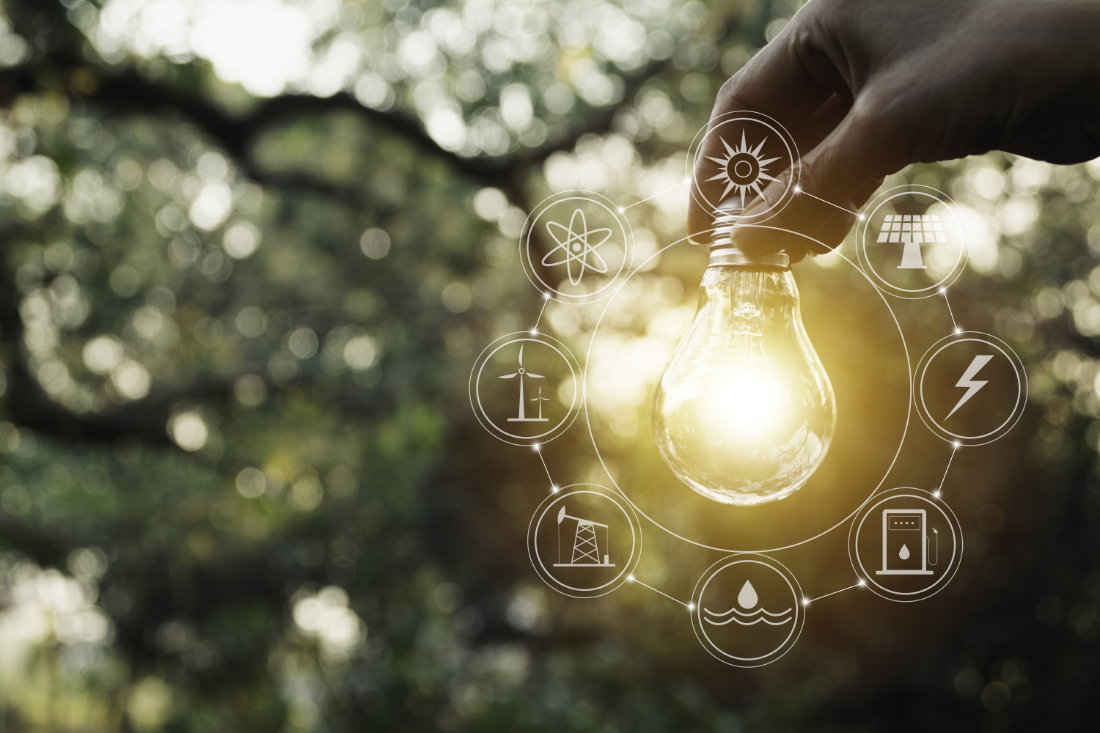 “At the core, we control energy generation plants, and do so as optimally as possible.”

Optimising the energy efficiency of individual houses and entire so-called neighbourhoods, including mobility, is playing an increasingly important role thanks to the energy crisis. The resulting need to curb energy consumption and the strong increase in public interest in climate protection are also contributing to the need for municipalities to address the issue. With its system solution, the enisyst company from Pliezhausen offers the possibility of controlling the complex interplay between energy generation and energy consumption as optimally as possible. With sophisticated software, it is possible to optimise the consumption of entire communities.

A question of AI-controlled software
With software developers and project engineers, the hidden champion is driving the environmentally friendly life of tomorrow. Always in view: CO2-neutral communities. Wüstenrot in the Heilbronn district is a prototype used by enisyst to show how self-sufficient community life could function in the future.
In Wüstenrot, the aim is to show how an existing neighbourhood can function self-sufficiently and sustainably with photovoltaic systems, small wind turbines, electric vehicles, heat pumps, combined heat and power units (CHP) and, in the future, a hydrogen generator and fuel cells – without deprivation. A heating network is also being considered that connects all the existing installations; in any case, however, this neighbourhood has its own electricity grid.
“The task now is to operate this conglomerate with its rather randomly distributed systems in such a way that the entire neighbourhood is supplied with as high a proportion of renewable energy as possible,” explains Dirk Pietruschka, Managing Director of enisyst GmbH. To achieve this, it must be possible to coordinate the individual components within the scope of their possible flexibility in such a way that this goal can be reached. “If that means many components, as in the case of Wüstenrot, then we have a highly complex system to regulate.” 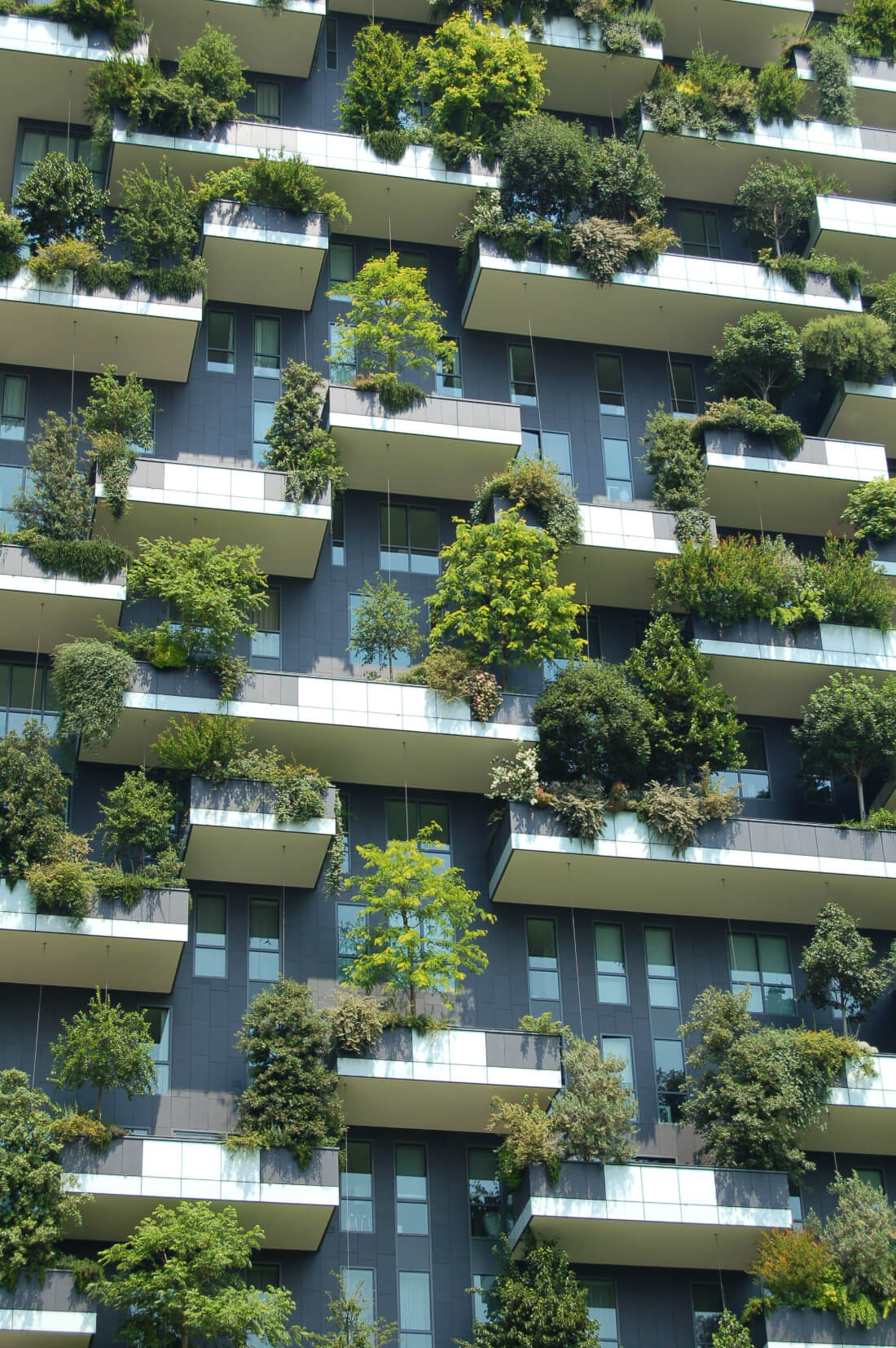 Intelligent sector coupling of heating, cooling, electricity and mobility, including V2G (Vehicle to Grid), enisyst is working tirelessly to bring this tangle of interests into the best possible interaction and keep it flowing. The higher-level neighbourhood control technology is based on cloud intelligence. To enable predictive control, a smart grid is needed, a smart network that knows in advance when, for example, the car will need what energy and when, on the other hand, it can be used as a buffer store.

For the average consumer who wants to move his electric vehicle without range anxiety and recharge it without stress, and who ultimately wants to pay lower energy costs for his house and yard at the end of the month than his not-so-environmentally friendly neighbour, this sounds like real rocket science – for Pietruschka and his team it is everyday life. Important ingredients are user interfaces via customised app developments. From the smart-home energy app to the neighbourhood app as a central information system.

So a neighbourhood app and everything will be fine, CO2-neutral and cheaper for the users? It’s not quite that simple. But the user interfaces for the participatory involvement of residents play a decisive role, benefit from continuous improvement processes and are a speciality of enisyst.

Charging columns configured according to demand

Sounds complicated, and it is. Dirk Pietruschka speaks passionately about timetables. By this he does not mean bus or train schedules. At enisyst, it’s about moving quantities of energy, virtually in shuttle traffic between energy generation and energy consumption plants, and intelligently controlling them in such a way that no traffic jams or delays occur. To generate optimal schedules, enisyst uses weather forecasts as well as load and generation forecasts. The bulky term energy generation plants refers to heat pumps, normal gas boilers, chillers or combined heat and power plants. Heating systems, on the other hand, are energy consumption systems. “We also want to improve these. That’s how we started five years ago.” In the meantime, they have mastered very complex systems. In other words: the combined heat and power plant is given a schedule, the heat pumps are given various schedules, just like the charging infrastructure for electric vehicles. These various schedules determine the score of the overall coordination.

Charging columns? “No problem for us,” promises Pietruschka. Enisyst can design them for every single house, but also for multi-storey apartment buildings. Eni.hub’ is the name of the intelligent modular distribution system for underground and multi-storey car parks. The installation is simple and fast, the load and charge management intelligent. No wonder V2G has been part of enisyst’s repertoire for a long time and is also part of the prototype community Wüstenrot. For example, enisyst is cooperating with the car manufacturer Mitsubishi Motors Deutschland in Friedberg, whose Outlander and soon also the smaller Eclipse as plug-in hybrids, master bidirectional charging and can also charge the battery via the petrol engine in an emergency.

Energy companies with limited interest
In the meantime, charging points are springing up like mushrooms all over Germany with taxpayers’ money. There are already 35,000 public charging points. The number of fast-charging stations has doubled to 3,600 by the end of 2020. An end to the mauling is not in sight. Pietruschka does not think this is sustainable and predicts that the development will be that there will be some kind of fast charging stations at collection points where the vehicle can be charged within a short time.

“The main part of charging will take place at home or at the employer’s.”

Meanwhile, the energy companies fear for their supremacy. They are interested in an electricity grid that is as stable as possible, but one that is operated exclusively by them. Neighbourhoods that are largely self-sufficient and therefore only need a little electricity from the grid now and then are viewed suspiciously as damaging to business. But that is too short-sighted, because we are already hearing about overloaded electricity grids at times. Moreover, neighbourhoods like Wüstenrot provide grid-serving services. They can then purchase electricity when there is a lot of surplus electricity in the grid.
The entire system can be controlled even more flexibly with vehicle batteries. The entire cell, which is what a neighbourhood like Wüstenrot is called in terms of the electricity grid, can therefore interact with the electricity grid. enisyst sees this as a clear opportunity for energy producers to also earn money from decentralised models by investing in such systems themselves.

Municipalities and industry as main customers
The individual homeowner is nevertheless not primarily in enisyst’s sights. It is larger industrial companies and municipalities. “We control everything that consumes more energy than the single-family house,” says Pietruschka. How to optimally control renewable energies individually for the respective application is something that few have mastered so far, he states. This makes the hidden champion all the more keen to promote energy district management not only in the greater Stuttgart area, but throughout Germany.

← back to news overview